in 1996 i got a car from a used car lot. i really needed a car bad i had a baby that heart problems and i needed transportation back and fourth to doctor appointments plus to get to work. one day the car that i was buying broke down on me in the parking lot of were i worked. and it would never start back up again so i called the car dealership and told the about it and asked them if they could put me in another car that was more dependable. they said know you have to pay for the car you have first and then trade it in on a nother car. they said know so i had the car towed to a firestone car repair shop to see how much it was going to cost to fix it, and it was going to be very exspensive.i could not make car payments plus get the car fixed so i called the car place to come put the car up i was not going to pay for a car i could not drive so they picked it up. i didnt hear anything else from this company. then a year later they called me and said we are calling about a car you purchased and i said i didnt. i gave the car back, i dont owe you all anything.the collector was so rude he yelled at me and said that i was going to pay for the car.so awhile later a man comes to my job and asked if i was linda webb and i said yes and he handed me some papers. i had to go to court,so i was looking over some of the papers he gave me, and some i have never seen before. so i called around trying to find a lawyer that help people that could not afford one, but i didnt have any luck.so i went to court by myself and they didnt show up. so the judge said that i needed to come back and have a lawyer with me to help me. so i didnt go back because i didnt have a lawyer.so they started garnishing my wages., i have ten children and my husband do not work hes sick.the papers they sent me was suppose to be papers that sent me to let me know they were selling the car. which if they didnt have that papers they couldnt make me pay for anything. but the thing is i have never seen these papers there saying they sent me. the papers there saying they sent have been whited out. and retype to make it seem like i received the papers in a timely matter and i didnt that was the first time ive send these papers.and i cant afford a lawyer to help me. they are taking advantage of me and there is nothing i can do. they are only garnishing my checks enough were its not even touching what they say i owe so the interest is the only thing there taking, and goes up each month.they said they sold the car to a person for 300.00 dollars, but they want me to pay them 6,000.00 for a car i dont even have. please help me ,cant you see that something here dosnt make since.

Click Here to read other Ripoff Reports on auto credit 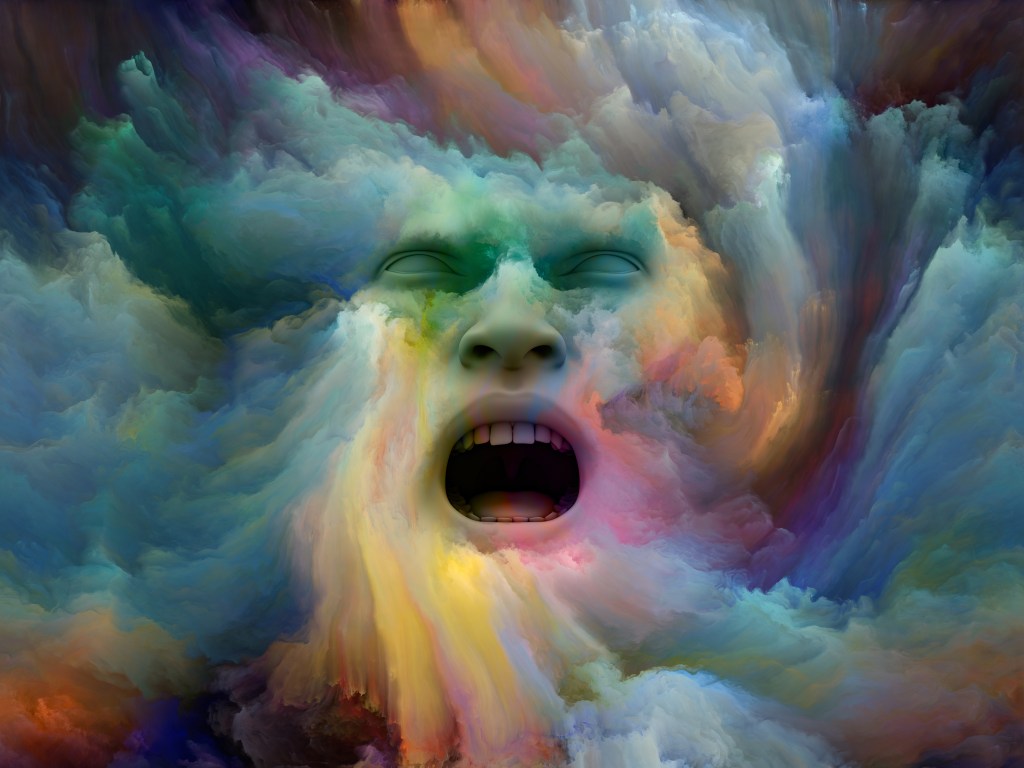 Went to upstate auto credit cause of not so perfect credit. Expecting a couple problems due to my poor credit. Was assured that with their connection with Dorschel automotive Group and thirty lenders no problem with financing. After putting $600.00 down plus another $400.00 after ap...
Entity
Upstate Auto Credit, Rochester,Henrietta, N.Y., United States
Author
Rhood, ROCHESTER, United States
Categories: auto financing
3, Report: #1464513
Posted Date: Oct 15 2018

I have been late before on my payments but i also have made plenty of payments that were over the monthly amount (350.00) a month sometimes i would send 400.00 they claim they never recieved my payments from the dealer that i financed the car from. Long story short premier auto cred...
Entity
Premier auto credit, Asuza, Ca, United States
Author
Ryan, Riverside, United States
Categories: auto financing
4, Report: #1460988
Posted Date: Sep 15 2018 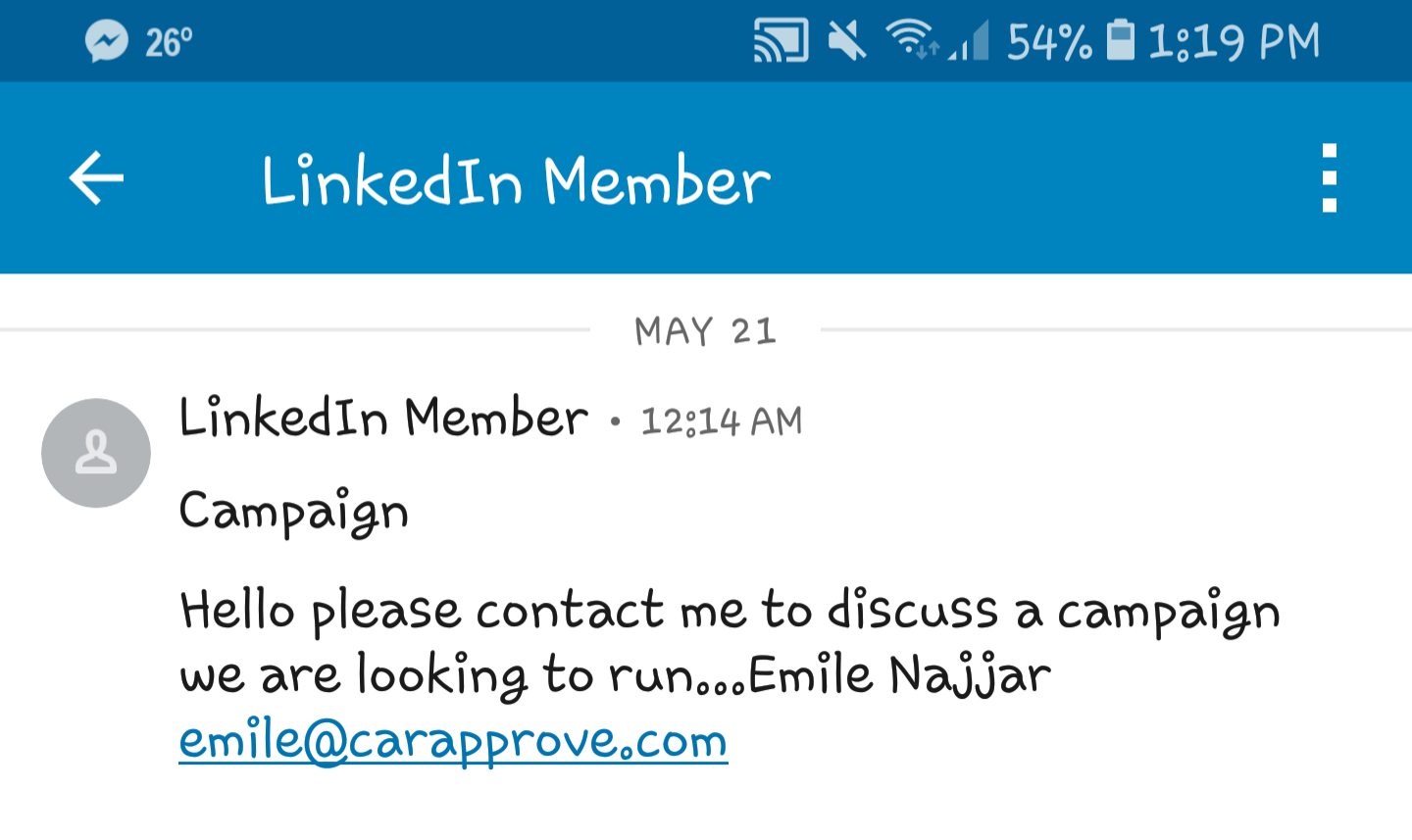 THIS GUY EMILE NAJJAR APPROACH US TO WORK WITH HIM TO SEND HOTKEYS (LIVE TRANSFER) at first he agreed for $45/hotkey ,. i asked him for upfront or advance payment but he is he told me that he is not comfortable with the upfront matter,. he said he pays 100% sure,. so we agreed for a...
Entity
Emile Najjar of Carco Auto Credit, Edmonton, Canada
Author
Maria April, baao, Philippines
Categories: Automotive loan servicing company,  Car Financing
5, Report: #1452142
Posted Date: Jul 17 2018

Manny Premier Auto Credit Came in the middle if the night and took my car after receiving a bank check for monthly payment Van ...

My bank sent them out a check they said it was in the wrong name there for they came and took my car in the middle of the night. Took me I had to listen to what he had to say because he was in charge and he can make it a good thing or bad thing for over $342.48 payment. They have no...
Entity
Manny Premier Auto Credit , Van Nuys, California , United States
Author
James, Los Angeles, United States
Categories: Fraud
6, Report: #1435075
Posted Date: Mar 20 2018

Rightway auto credit Zach the wack and Nick the d*k Was not upfront about everything. Clinton Michigan

This is my first time going to a dealership.I gave the required documents ,two proofs of income and proof of address ,signed the paper work and (zach horne) gave me the keys to the van. I asked Zach was everything cool and he said yes. He was not upfront with the process. He told me...
Entity
Rightway auto credit , Clinton, Michigan, United States
Author
rhonda, clinton township, Michigan, Unit...
Categories: Auto dealer
7, Report: #1417278
Posted Date: Dec 16 2017

This company did a bait and switch on me and took my deposit. All the cars on the lot have issues and do not run good! Some of the cars on the lot have wires showing on the tires and should not even be driven. The owner lied to me so many times and took money from me when it should ...
Entity
Fair exchange auto credit , Phoenix, Arizona, United States
Author
Dontell, Phx, Arizona, United States
Categories: Auto dealer
8, Report: #1397199
Posted Date: Sep 01 2017

TERRIBLE/SCAMMERS! ALL SALVAGED VEHHICLES THEY PASS OFF AS USED!! I have had the same experience as a few others - I was sold a car as "used" when in fact it has a slavaged title. I paid the car off after almost spending $11,000+ on repairs along the way and have been fighting with...
Entity
Absolute Auto Services, fort edward, New York, USA
Author
Bobbie, north adams, Massachusetts, USA
Categories: Auto Dealers
9, Report: #1391403
Posted Date: Aug 09 2017

Auto Credit, LLC Said we were approved for financing, did not secure financing, refused to return my deposit Montgomery Alabama

I gave Auto Credit, LLC a deposit in good faith for the purchase of a used vehicle for my son, they told me we were approved. We signed and agreed upon terms that were set in a contract with a financial institution, same day I secured mandatory auto insurance on the vehicle and then...
Entity
Auto Credit, LLC, Montgomery, Alabama, USA
Author
Anonymous, Montgomery, Alabama, USA
Categories: Auto Dealers
10, Report: #1386957
Posted Date: Jul 20 2017

auto credit finance/ drivetoday USA Kim after getting the SUV, the windshield wiper did work, the air didn't work, the exhaust le...

Upon gettin this SUVat drive today USA in Birmingham Alabama I have had nothing but trouble with this car. the windshield wipers did not work, the front end alignment kept me buying new tire, exhaust pipe leaked and I did not have any brakes because the master cylinder was gone. ...
Entity
auto credit finance/ drivetoday USA, Birmingham, Alabama, USA
Author
Victoria, Dolomite, Alabama, USA
Categories: Car Financing
13, Report: #1353733
Posted Date: Feb 03 2017

I have been in contact with United Auto Credit in regards to the status of the account. The car was totaled and the Insurance company called and told me there was still money left after the balance of the laon was paid.(have not been able to reach them either). United Auto Credit cu...
Entity
UNITED AUTO CREDIT, Nationwide, USA
Author
VETTE, West Palm Beach, Florida, USA
Categories: Financial Services
15, Report: #1334093
Posted Date: Oct 20 2016

COMPANY RULES:&nbsp;1)When a call comes in, be sure not to log anything we spoke to the customer about. &nbsp; &nbsp;2) Do not answer the phone until the 25th ring, if at all.3) If the call does some how get connected, do not have the knowlege to answer any logical questions that ar...
Entity
Premier Auto Credit, VAN NUYS, California, USA
Author
Friend of a victim, Canoga Park, Califor...
Categories: Car Financing
16, Report: #1326400
Posted Date: Sep 05 2016

Hodag Auto Credit Aka E-Z Auto, Value Finance. Sold me a vehicle in someone else's name. Can not obtain vehicle title Schofield W...

I purchased a vehicle at Hodag Auto Credit of Rhinelander wi. When all was said and done I was told by the owner of that location to take my paperwork to the DMV and add my name to the title. When I got there I was told no way! That's illegal.. and was humiliated Infront of a bunc...
Entity
Hodag Auto Credit, Schofield, Wisconsin, USA
Author
Anonymous, Greenbay, Wisconsin, USA
Categories: Auto Dealers
17, Report: #1314271
Posted Date: Jun 29 2016

On June 4, 2016 Bought High End Car with Buy / Here, Pay Here (Get Screwed Here) financing.  Even though I bought the car 'AS IS" NO WARRANTY, these fraudsters offered to repair a minor problem with the transmission. When I brought it in to THEIR repair shop, they kept the vehicle ...
Entity
Lake Erie Auto Credit, Cleveland, Ohio, USA
Author
John, Mayfield Hts, Ohio, USA
Categories: Auto Dealers
18, Report: #1308095
Posted Date: May 27 2016

&nbsp;They have called and harrassed me and their phone etiquette sucks. They have been calling and telling us we have ran out of time and when I try to make arrangements they change the date . I say 2 weeks they call and say time has passed. They threatened my husband with garnishm...
Entity
United Auto credit, Nationwide, USA
Author
Felicia, Maricopa, Arizona, USA
Categories: Auto & Truck Rental
19, Report: #1296802
Posted Date: Mar 30 2016

Don't let these rude idiots rip you off.....first the cars or trucks they sell are junk that no other car dealer wants...second..... They charge you five times what they are worth.....third..... They will try and take the vehicle back and still garnish your wages....lmfao.....both...
Entity
Auto credit, Marion, USA
Author
Bad ass, Marion, Illinois, USA
Categories: Auto Dealers
20, Report: #1292968
Posted Date: Mar 26 2016

2-6-16, took off one day from new job to find a vehicle, had been searching for many weeks prior to selecting universal auto in houston. Test drove several of his vehicles, they had some issues. He is a cash only as is used car lot, prices are fair, considering his cars are high...
Entity
Universal Auto Credit, Houston, Texas, USA
Author
humilated, Magnolia, Texas, USA
Categories: Auto Dealers