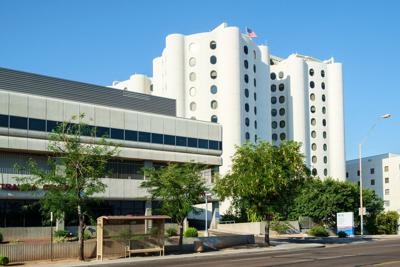 My diabetic boyfriend who is getting violently ill because the Arizona medical industry is clueless on medical facts; he has been a diabetic since the age of 4- and they had him originally written down as a type 2 diabetic (they are beyond idiots).

When he broke his left femur and they released him after his 2- surgeries because the first doctor did not read the x-rays properly and they found out he had another two breaks so the following day they had to do another surgery (pathetic absolutely pathetic).

He states he will not have any foreign blood placed into his body that if he needs surgery? He will save his own blood before the surgery. When they sent him to physical rehab they refuse to give him insulin and they called him a hypochondriac.

What the Hell is wrong with these medical people in the state of Arizona they are not good enough to polish dirty shoes? Never mind taking care of somebody who has a life-threatening sickness and now injury the physical therapy faculty in Sierra Vista that was stating he was a type 2 diabetic and you do not need insulin?

Well you almost killed him. Wake up people you do not have a clue on how to run  medical faculties in Arizona. Arizona runs its medical system worse than a 3rd world country and a third world country gives medical service than Arizona.

Wake up Arizona this is not a 3rd world country, and you almost killed my boyfriend three times already and for the record my boyfriend is a type 1 diabetic which means his pancreas does not produce any insulin and this is notification for the doctors that do not recognize this and you avoided giving him insulin at the rehab place where he had to call his son (who then called the police) for his father because they took his cell phone away after making the call to his son.

The police had an ambulance come and they withdrew him from the physical therapy faculty on an anonymous decision by the police and the ambulance that stated he's in very sad shape because they did not give him insulin as he was begging for and you almost killed him.

His blood sugar was that high and he was rushed to Canyon Vista medical center where they had to place him on an insulin drip because his sugar was that high. Now he is suffering from pain because of his broken FEMR  and is severe diabetic neuropathy caused by the high blood sugars because Arizona can't figure out that a type 1 diabetic needs and requires insulin.

Otherwise they will die and the doctors in Benson sell drugs pain medications to drug dealers that pay for these opioid drug medications but they will not give it to patients who actually need them that are suffering from a chronic disease and a broken left femur.

Why is the federal government not getting involved with this situation I never realized how dysfunctional the United States of America has become... My boyfriend gives me all of his medical information and in the event he does die? In which he is getting close.

Because of the incompetent medical industry in the state of Arizona in which is amazing because they cannot even put a Band-Aid on properly. The State of Arizona never cared for somebody who is sick. Just be advised that I will sue everyone who is involved in the killing of him. If I lose my boyfriend David somebody will pay severely.

They misdiagnosed my boyfriend before we met and he had colon cancer and they would not do surgery for 8 months I guess Arizona wanted to make sure the cancer spread enough so that he dies from it but either way he just went for another colonoscopy.

The doctor found two polyps and he did not remove them he said to come back in 5 years. Well in 5 years the polyps can triple in size and they could become cancerous so why do you do a colonoscopy if you're not going to remove the polyps and then get this they charge tried to charge him $1,000 when his insurance stated there's no copayment and if you're diagnosed with cancer there's absolutely no charge not even for the anesthesiologist so they try to rob my boyfriend of $1,000 which I told him do not pay anything.

Because they did not do the colonoscopy properly and it did not remove the polyps which will become cancerous. I am seeking legal representation for my boyfriend I am not an involved with his medical but he's been taking advantage of time and time and again and Arizona almost killed him a dozen or more times and this needs to stop his family needs to be compensated because the medical industry in Arizona is going to kill him. (So this is forewarning), if he dies from this, I will sue those doctors for their medical incompetence. The medical faculty in this case was in Bisbee.

And if you think I am kidding? here is just a couple of (Google facts) about the medical industry in Arizona. The federal Government needs to get involved... This is pathetic when did America become beyond the third world country?

A former doctor was arrested and accused of conspiracy to commit murder. According to Arizona Attorney General Mark Brnovich, Glenn Gary Robertson planned to have a former patient murdered. He was arrested at a Benson home. The FBI, DEA and Arizona Attorney General's Office special agents investigated the case.Mar 14, 2019 https://www.kgun9.com › local-news Former doctor arrested for attempting to have patient killed